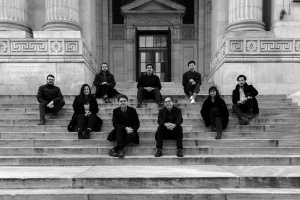 RZAPS Team at a glance

Our team of international talent works hard to produce meaningful design solutions by applying our broad and diverse range of knowledge and expertise.

Founder of the firm, Ricardo was born in Quito, Ecuador, and raised in Queens. Zurita, though very much tied to his roots in the Ecuadorian Andes, equally embraced all that was promising about New York City, traveling beyond his neighborhood to go to high school in Manhattan and then a greater distance, physically and culturally, to Cornell University. The importance of how to make one’s own place in the world was his main focus during these formative years.

Ricardo believes that architects have parallel roles in society: as creative forces and as stewards of the city. He is committed to working within the public realm, and he understands that any addition to the city of a work of architecture, no matter how small, has a social impact.

His work on Randall’s Island has been, to date, his most significant contribution to his city. Throughout the last two decades, he has transformed the island into a beloved destination for the public and a showcase of high-level sports facilities. Icahn Stadium, the municipal track and field center, and the tennis center where John McEnroe has his top-flight academy, along with other new buildings in the park, were the projects through which he tested his ideas about urban space, deepening his belief that public space is important for the health of a community and a benefit to civic life. Zurita personally led these efforts, presenting in public forums as the face of his firm’s designs, serving as both a passionate advocate for architecture and as a bridge between the project and its users.

When not at work, you can find him sipping a caipirinha in Rio de Janeiro, an ouzo in Athens, a prosecco in Venice, or a canelazo in Quito. 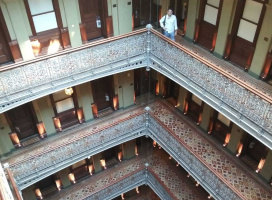 After ten years of experience in Spain, Rafael joined RZAPS in 2012 to continue developing his passion for architecture in a new and enriching professional context. An important part of his work has been devoted to social and institutional projects, which are especially appealing to him for the opportunity they offer to resolve community needs through architectural design.

Rafael’s interest in architecture encompasses very different scales, which provides him with the flexibility to work on a wide range of projects, from master planning to building details.

When not in the office, you can find Rafael planning his next trip. 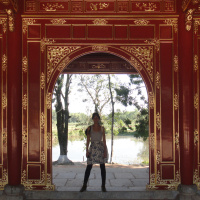 Ana grew up in Porto, Portugal, making her way into the Arts and Architecture world and quickly realizing that it was time to jump into new experiences and leave the “Invicta”. She first went to Naples in “Erasmus” unaware of the change to come. From that moment on Ana would live in myriad cities like Rome, Madrid, Shenzhen, and finally New York City, where she resides now.

Her portfolio includes projects in hospitality and office interiors, rehabilitation of historic buildings and the design of public use and civic buildings.

Ana’s keen interests beyond architecture go towards cinema, animation, and fashion. Getting acquainted with different design disciplines is her way to improve herself on her chase for perfection.

When not in the office, you can find Ana playing a film director. 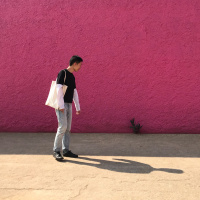 Zhuo grew up with spicy food in the Hunan province of central south China. He has worked for Junya Ishigami and Associates in Tokyo and Kengo Kuma and Associates in Shanghai. He moved to New York in 2014, where he worked for Latent Productions and LMA Design before joining RZAPS.

Zhuo believes that Architecture is ultimately the flow of information. It is a collective art form built upon communication and collaboration. With distrust of the Spectacle in general, he lives with inspirations drawn from ephemeral moments of everyday life.

When not in New York, you can find Zhuo collecting pocket-size books at vintage bookstores around the world. 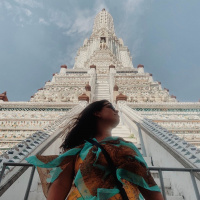 Born and raised in Brazil, Jessica knew from a young age that design would be her calling. As a natural-born communicator, throughout her architecture and urban design educational journey, she came to see herself as a translator of ideas, oftentimes being awarded for her bold, creative and strategized presentations and graphics. While studying at The New School as a visiting student, Jessica fell in love with New York City and decided to pursue her career in the US. She joined RZAPS, where she can integrate her passions for architecture, storytelling, and graphic design.

Fascinated by how design can help improve everyday life and change perspectives, Jessica believes storytelling is a way of recognizing and creating relationships between ideas and reality, and between people and architecture.

When not in New York, you can find Jessica attempting ambitious – and sometimes unachievable – trip itineraries in foreign countries. Oh, and she would like you to know she is the queen of funny gifs on the slack group chat.

Parsons the New School for Design

Bachelor of Architecture and Urban Design 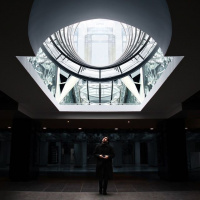 Raised in a family of brick makers and construction workers, Jacob has always been interested in the process of the built reality, having been involved in demolition and construction besides working at architecture firms.

His main goal is to build structures that use simple energy inputs from nature to transform in form and function. He wants these mechanical structures to serve as educational tools of simple machines in action and its performance to directly draw the connection between natural forces of nature and mechanical systems.

When not in the office, you can find Jacob experimenting with how to render textures with 005 pens or reading fantasy fiction, biographies, and autobiographies. Throughout the year he alternates between chess and frisbee depending on the weather. Oh, and wherever there is a ping pong table, he’s game! 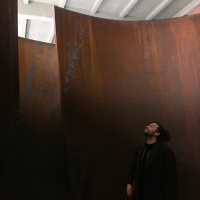 Originally from a little town south of the Pyrinees, Pedro studied Architecture in Barcelona. Always open to new experiences, he moved to Paris where he worked for three years. Looking for new and exciting points of view in American ground, Pedro moved to New York and joined RZAPS.

He believes in the process of creation and its materialization in the world that we inhabit to improve it. Sometimes acts are a reflection of it and sometimes must be a reaction to it. He is always searching for inspiration in other forms of expression, from cinema to literature.

When not in the office, you can find Pedro lost in some fantastic world... or eating with his dog and husband.

Born and raised in New York City but of Egyptian origin, Zain has always had a passion for cross cultural and cross disciplinary creative collaboration.

Zain has always been interested in finding ways to bring architecture into dialogue with other art forms, specifically film and music. He believes that architectural design is among the most powerful means by which to allow these art forms to interact and has worked with a variety of creatives in order to explore this evolving relationship.

When not in the office you can find Zain making films, often about nature, travel, and music, or a combination of the three. He is a passionate soccer fan and enjoys to go for a run daily after going home. 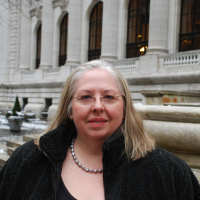 Denise Galon's company has been providing administrative services for RZAPS since 2004. 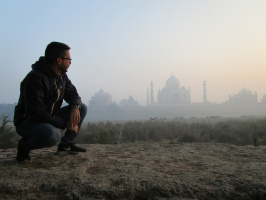 Giulio is an Italian licensed architect who studied in Milan and in Prague. After graduating he moved to Australia where despite sharks, crocodiles, and deadly spiders, he worked for three years. Always looking for new challenges, he returned to Milan and worked there before starting his NYC adventure and joined RZAPS.

For Giulio, Architecture is listening and understanding the complexity of reality, reflecting on technical solutions, and combining art and science together. He believes that architectural details and BIM workflows are fundamental to achieving spatial quality. The aim is to raise functional buildings to improve communities’ social and cultural life.

When not in the office, you can find Giulio trying new cuisines, drinking a gin & tonic around the world and dreaming about parallel universes.

Born and raised in China, Weiya is always curious and passionate about exploring cities. After graduating from college in Urban Planning, she decided to move to the U.S. to continue her dream of studying Architecture.

From Weiya's point of view, architecture is the space that generates the story, and the structure is the container that holds the scenery. When we design buildings, we create possibilities for emotions and stories.

When not in the office, Weiya is wandering around the corners of different cities in search of new discoveries.