Designing for the Public with the Parametric Process

Designing for the Public with the Parametric Process 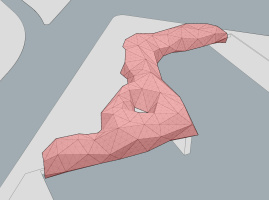 “While in mathematics parametric signifies a set of quantities expressed as an explicit function of a number of independent parameters, in architecture this is complemented by a utilitarian dogma for exploring the possibilities offered by the model.” Daniel Davis

For years many designers have been trying to use parametric tools to define a style and impose a series of aesthetic dogma to follow like a manifesto. Yet the investigative approach that emerges from the passage above is much more relevant to our firm’s approach.  Rather than pursuing the creation of a style or to be part of a trend, we see the enhanced possibilities for the processes of invention and analysis through generative design.

“In architecture using computer-aided design (CAD) the model of an architectural structure is already given by a series of operation.  A round column, for example, is produced by a series such as this: 1) draw a line defining the profile of the column; 2) rotate this line to yield a surface of revolution; 3) perform a few “Boolean subtractions” to carve out some details in the body of the column.” Manuel De Landa from “Deleuze and the Use of the Genetic Algorithm in Architecture”

What De Landa is describing is the algorithm to create a column, what he calls the “DNA of the column” whereby sets of algorithms typically defined by using a computer program (the basis of generative design) generate output.  The approach to design is based on parametric modeling, a means for exploring (unlimited) possibilities where, by modifying the value of certain attributes, the designer can test the effect of the modified parameter throughout the model. We are not constrained by the conventional approach to design where the results are the consequence of a series of singular choices taken along the process.

The algorithm also allows for accurate control of characteristics of the model: geometry, structural feasibility, cost, fabrication processes, and a host of other interrelated constraints – both pragmatic and artistic. These constraints can be studied by adjusting the parameters’ values.

Working with the structural engineering firm of Gilsanz Murray Steficek, our recent project, Skyscape for Atlanta, demonstrates that the nature of parametric design is iterative, reflecting our firm’s creative process of adjusting the design to multiple factors and different contexts. For more on this project click here. 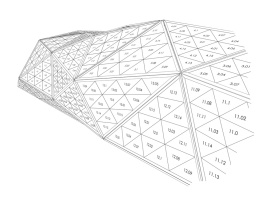 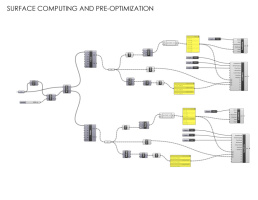 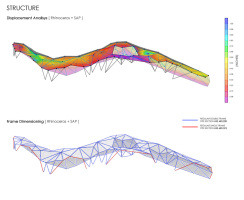 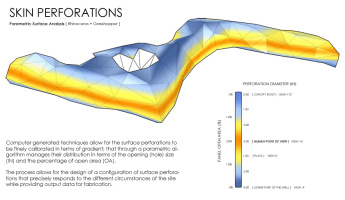 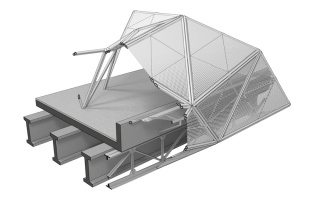